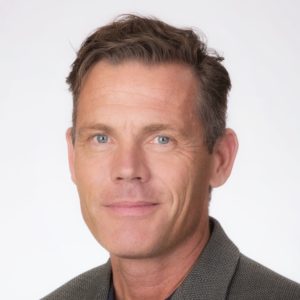 Marc Fest, also known as the “Elevator Guy,” helps people from all walks of life communicate successfully in situations that are important to them (for example, when they raise money, interview for a job, or talk about their project or organization).

Marc’s approach is unique in that he trains by video call only. All you need is a computer and a quiet place.

The video call medium is surprisingly well suited for this kind of coaching because it creates a convenient, relaxed, and private space that makes it easy for participants to step outside their comfort zones and test-drive new and different approaches to getting their message across. Trainees dramatically improve their pitches in just a couple of sessions. 75 percent of them rate their training “extremely useful” and 25% “very useful.”

Clients include businesses like Axel Springer, an international media company, but also foundations like Carnegie, Ford, JPB, and Knight.

From 2007 to 2012, Marc was vice president of communications for the John S. and James L. Knight Foundation, the world’s leading foundation for innovation in communications and media.

From 2004 to 2006, he served as vice president of communications for the New World Symphony. Marc has also created MessageHouse.org, a free communications tool used by businesses, non-profits, governments and individuals around the world.

His work as a coach is close to Marc’s heart since he himself had a speech impediment until the age of about six. It concerned his parents, Herbert and Marianne, and his pediatrician, Peter, because it was getting close at the time to starting elementary school. According to a recent recounting of the events by his dad, Marc’s peers were far ahead in their language development while he seemed to have barely progressed from figuring out how to say “Mama” and “Papa.” Marc contends that this must be a “slight exaggeration,” but he does fondly remember that a speech therapist helped him, over the course of just six months, overcome whatever speech issues he had. Says Marc: “Ever since then the ability to express myself clearly has been special to me.”

Marc does his coaching work from a remote farm in the Everglades where he lives with his Belgian shepherd dog Zeus. More importantly, Zeus has his own online presence at www.SeeMyDog.com.